Delphi
At the foot of Parnassus Mountain, at the imposing natural scenery formed between two gigantic rocks, the Phaedriades rocks, lies the Pan-Hellenic sanctuary of Delphi, which had the most renowned oracle of
ancient Greece. Delphi was regarded as the centre of the world. According to mythology, it is here that the two eagles sent out by Zeus from the ends of the universe to find the navel of the world met. The sanctuary of Delphi was for many centuries the cultural and religious centre and symbol of unity for the ancient Greek world.
The history of Delphi has its origins back to the prehistoric times and in the myths of ancient Greeks. In the beginning the site was sacred to Mother Earth and was guarded by the terrible serpent Python, who was later killed by Apollo. Apollo's sanctuary was built here by Cretans who arrived at Kirrha, the port of Delphi, accompanied by the god in the form of a dolphin. This myth survived in plays presented during the various Delphic festivals, such as the Septerion, the Delphinia, the Thargelia, the Theophania and, of course the famous Pythia, which celebrated the death of python and held musical and athletic competitions.

Galaxidi
Characterized as a preserved traditional settlement since 1978, Galaxidi has an elegant beauty that broadens your horizons.
In Galaxidi there is still the nobility of the past when the central harbor used to be full of braceras, schooners and lover sailing ships anchored there back when the local women used to mend ripped sails in especially formed one room lounges on the first floor of each mansion. It’s worth walking along the promenade moving either from the central harbor towards the pine forest, where there is also the College of Tourist Training, or strolling to the opposite direction towards “Chirolaka”. The monastery “Metamorphosis of Sotiros”, where you can enjoy the breathtaking view, is easily accessible by car. Galaxidi is an exceptional nearby destination for the visitors of Arachova who wish to taste fish dishes.

Antikyra
Enjoy the beautiful seascape while gazing at the Corinthian Gulf and try visiting the bay of Antikyra. Go
swimming in the crystal clear waters of “Agios Isidoros” beach, get carried away and relax in one of the
picturesque little harbors. Have a unique opportunity to discover the place and learn everything about it and you will look forward to experiencing this alternative form of tourism. 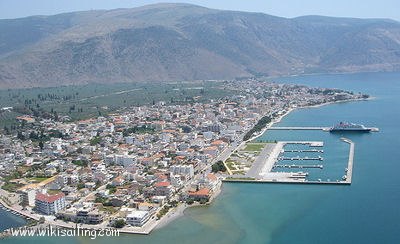 The coastal town of Itea, beautifully surrounded by the Corinthian Gulf, is located 13km South of Amfissa.
Along with the adjacent Kirrha, Itea is built in the background of the Crissaen Gulf. At the back of
picturesque Itea expands the olive grove of Amfissa, surrounded by the beautiful mountains of Parnassus
and Giona, and from which Delphi and Chrisso are visible.
Itea is a relatively new town, since it was founded in 1830, and probably was named after the numerous
willows that used to grow in the area. Nowadays, its population is about 9,000 inhabitants.
Itea is a significant tourist resort and there it is also situated- the most important and the biggest port in
Fokida Province. In this commercial port, bauxite that is extracted out of the bauxite mining parks of the
area is loaded. Its advanced marine has an anchorage capacity of 250 vessels.
Itea played an extremely important role on the beginning of the Greek Independence on 17th September 1827.
Frank Abney Hastings, a warm philhellene and admiral of the Greek nautical force, piloting the first stream military ship in history, “Karteria”, blew up the Turkish flagship and decimated the Turkish fleet.
The incidence took place in “Salona Dock”, in Agali bay. 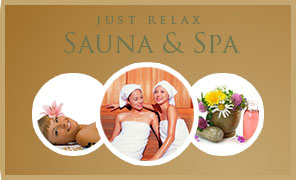